Beware the Ides of March

Had Julius Caesar heeded the warning of the soothsayer, would he have lived to see another day ?? 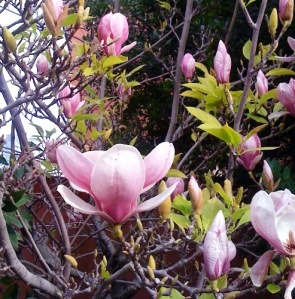 The Ides of March (or today, March the 15th) is a term that for over two thousand years has become synonymous with the power of foretelling the future. It is the day Julius Caesar was assassinated (in 44 BC, or 2054 years ago for you exacting ones) after having been forewarned to “beware” of this particular day. The Shakespearean version has Caesar, headed out to the theater, even mocking the seer saying “Well, the Ides of March have come…” to which the seer ominously replied “Ay… but they are not yet gone” . The rest, truly, is history. Would the course of the Roman Empire (and perhaps, the world) been different had Caesar heeded the warning and stayed home?

I recently came across a fascinating statistic that found that amid the recession and general economic malaise all around last year, psychics in the United States actually saw a sharp increase in their business (and economic) volumes! Clearly when times get tough, it seems that we get increasingly desperate –and willing to pay- to know when they will get better. The science, art (and commerce) of peeking into the future is as old as life itself, but why is it that we crave certainty and the reassurance (apparently from total strangers, who we have just enriched) that things will get better ? Can we not find that fortitude from the strength of our own convictions, the faith in our own spirituality or trust in the fruits of our labors? Or is it that as with anything free, we attach the outcome a value commensurate to what we paid for.

Did you know that March is the only month of the year that is also a verb ? (Don’t believe me ? sure go ahead and try the other eleven…I’ll wait J.) Let us then not live in fear of any day in March, but simply march on to the future – que sera sera ?

3 thoughts on “Beware the Ides of March”